CdC is one of my absolute favorite champagnes. I have therefore looked forward to tasting this. The nose is fruity with yellow apples, oranges and tangerines. It is mineral with salt and wet shale. The autolysis is clean and complex with brioche and green tea. It is silky and elegant. The palate is silky, fruity, acidic and nicely balanced. It has a lovely mouthfeel, but will develop more weightlessness with further ageing. The finish is long and complex. It paired perfectly with Oscietra caviar. 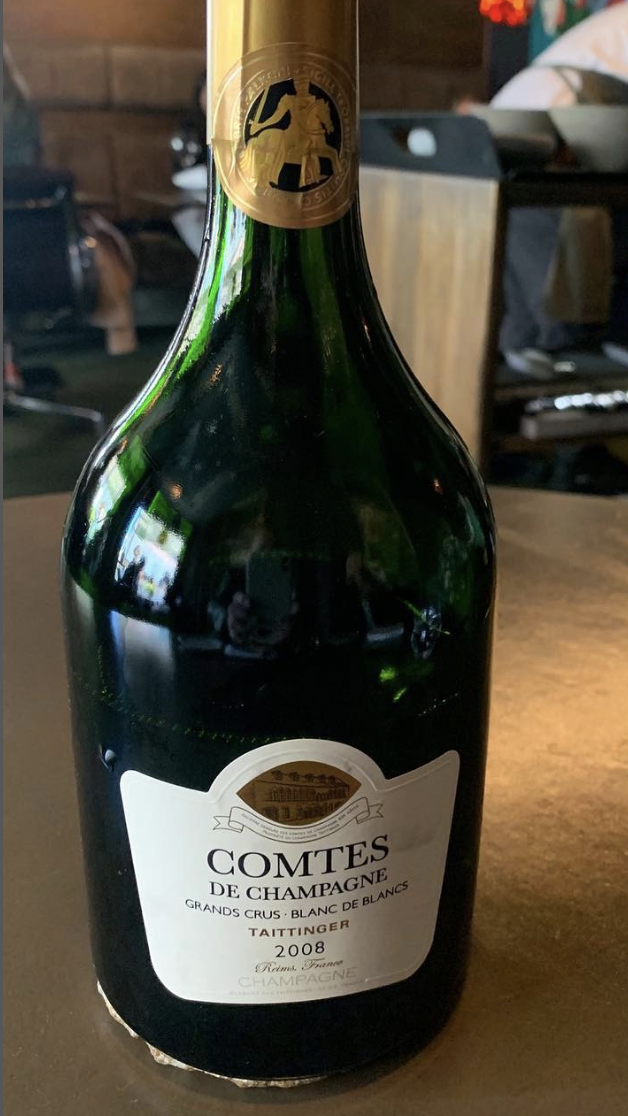 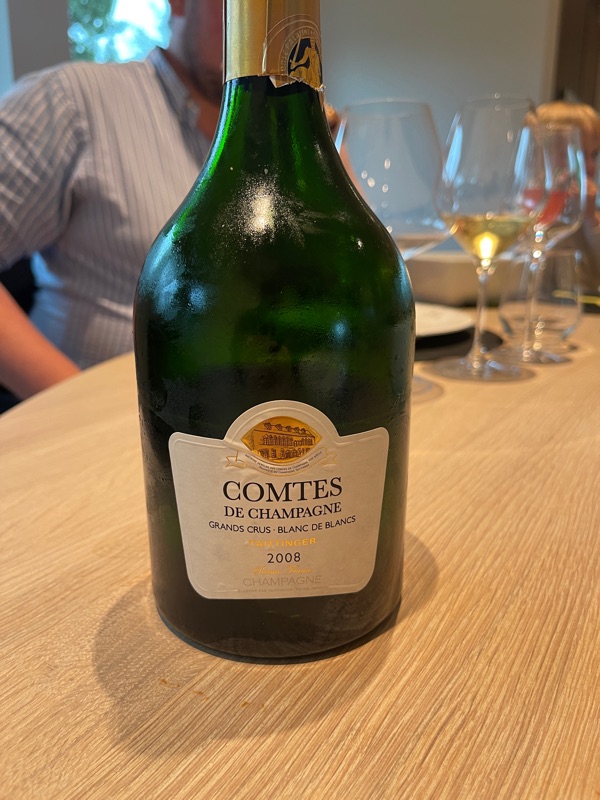 Taittinger Comtes de Champagne 2008 House: Taittinger (Reims) Bottle: Comtes de Champagne 2008, Grands Crus, Blanc de Blancs Grapes: 100 % Chardonnay Dosage: 9 g/L Characteristics: The wine presents itself with the classic Chardonnay colour in all its sparkling, golden glory with shimmers of green coating the constant stream of fine and delicate bubbles. On the nose it felt very closed in the beginning, but after 25-30 minutes the smile on the face of my bandit partner said it all: The party was just started and the cuvée offered a vivid bouquet reminding us of Taittinger’s deep, cold cellars combined with aromas of sweet citrus, lemon grass, yellow apples, warm brioche, yeast, green herbs, lime zest and unsweetened mango followed by gun powder, mint leaves and a hint of pineapple. On the palate, it is subtle with the classic toasted and silky smooth, creamy profile which Comtes is known for. The dominant notes were ripe citrus, toasted brioche, yellow fruits, banana and flower honey, but with a gentle and subtle acidity. The complexity of the wine is, however, not fully developed yet, so we cannot wait to taste this cuvée in the years to come. Champagne Taittinger was established under Pierre Taittinger in 1932. In 2005, the house was sold to the US investment group Starwood but was fortunately bought back by the Taittinger family a year later. The Comtes de Champagne is Taittinger's prestige cuvée and was first made in the 1952 vintage. The 2008 vintage was disgorged in July 2018 after almost 10 years maturation on the lees 18 meters underground, this prestige cuvée is created using only first-press juice from grapes from the Grand Cru-classified villages Avize, Chouilly, Cramant, Mesnil-sur-Oger and Oger. Five percent of the blend is aged for four months in fresh oak barrels, one third of which are renewed each year from the Seguin Moreau cooperages in Cognac and Rousseau in Burgundy. Value for Money: 6 of 10 Rating: 92🍾 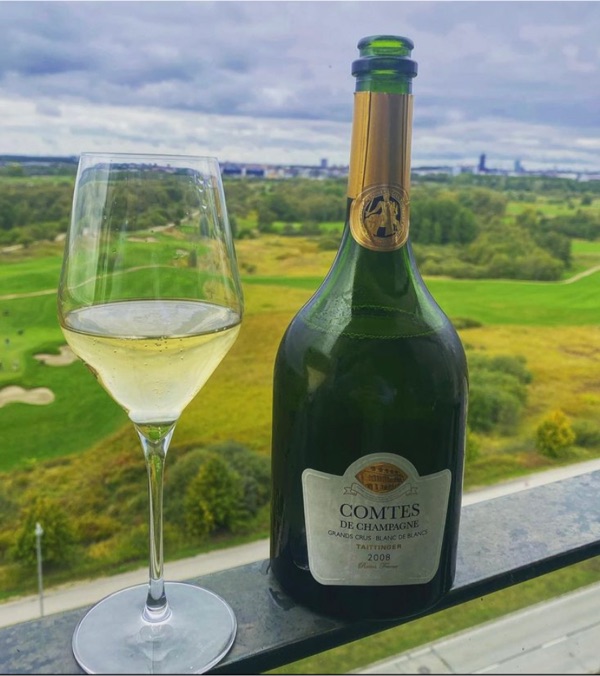